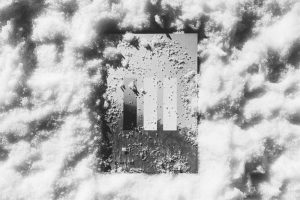 If you hail from the ‘City of Festivals’ you are most likely more acute to summer festival season than most. Our city has its mainstays that are set aside in schedules far, far in advance for good reason, whether it be Summerfest, Locust Street Festival, Center Street Daze, the PBR Block Party, the WMSE Backyard BBQ or any number of the ethnic and cultural festivals.

One newer, Wisconsin-based festival (although embarking only on its third year), is quickly becoming one of those festivals that Wisco residents square away summer schedule time for and – it seems – are even favoring over longtime summer Midwestern favorites such as Pitchfork (in Chicago). The idyllic location, the easygoing environment, the local-centric food and beverage offerings and the balance of visual and craft-based arts as well as music, is an amazing foundation for the consistently stellar lineup picks.

Curated by Justin Vernon (of Eau Claire, Wisconsin-based Bon Iver and Volcano Choir) and Aaron Dessner (of Ohio x New York’s The National), Eaux Claires pays homage to local roots (featuring many, many Wisconsin and Minnesota musicians) as well as national and international artists), many of them in collaboration with each other. 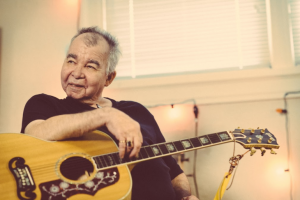 Vernon, with Bon Iver, “will play with and honor the legendary John Prine, as they present a one- of -a-kind set of songs by Prine entitled ‘The American Songbook’.” Paul Simon will collaborate with New York’s modern chamber outfit, yMusic and some artists will even keep their collaborations all in the family (Jeff Tweedy playing with his son, Spencer as “Tweedy” and husband and wife Nels Cline and Yuka Honda as “cup”).

Other musical highlights include rapper Danny Brown’s (of Detroit) inaugural festival performance, the first performance in five years of Mountain Man (Amelia Meath of Sylvan Esso’s longtime folk trio) and Feist (who has recently released her first new album in six years…has it really been ten years since her debut, The Reminder?).

As the best festivals often do, Eaux Claires doesn’t just focus on one form of the arts.”In addition to over 28 performances, festivalgoers can expect alternative environments that refashion and reduce the boundaries between audience and artist. Performances take place across multiple stages as well as within hidden venues along Eaux Claires’ many forested paths. Much like the music, Eaux Claires’ multi-faceted components of sculpture, fine arts, and literary elements will appeal to a wide audience.” 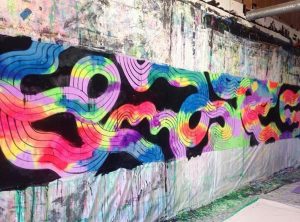 Milwaukee-based stage (visual) artist, Kristina Rolander will be one of such artists, contributing her wildly creative and brightly-patterned backdrops for the “Neon Forest Galaxy” and for The Creek stage, which will host a performance by Big Red Machine (Justin Vernon and Aaron Dessner’s collaborative effort).

Adding to the creative atmosphere, many smaller, pop-up performances will adorn the set schedule, according to Eaux Claires. “Supplementing the diversified lineup, Eaux Claires will also introduce a new concept, Artists-in-Residence. This group, an assembled cast of notable musicians, w ill create an integral creative core, ready to jump in and contribute their talents to announced and unannounced performances across the entire weekend. Notable Artists- in -Residence include festival veterans Sam Amidon, Phil Cook, Bryce Dessner, Jenny Lewis, and The Staves. New collaborators to the festival, including Anaïs Mitchell, will also participate.”