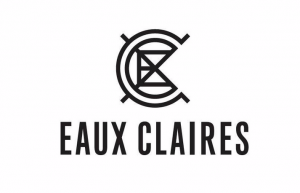 If you’re a Wisconsinite and a music fan, you probably have heard of Eaux Claires, the music festival which kicks off officially tomorrow (Friday, July 17th) and wraps up late this Saturday night.

If you are going, you either belong to two camps: flying by the seat of your pants and just seeing whomever you happen to see or, you’re a diehard planner who has already scoured the Eaux Claires web site, lineup and downloaded the official Eaux Claires app (which has downloadees able to mark which acts they want to catch and have alerts sent to their mobile devices so they won’t miss a thing). Whatever your method, if you are going and you are from the great state of Wisconsin, you won’t want to miss your own state’s musical roots, present strongly at the festival.

For the inaugural year, Wisconsin was on the forefront of the minds of festival organizers (namely native Eau Claire musician, Justin Vernon). Vernon and his team (including Aaron Dessner of the National) booked a fair and appealing spectrum of musicians and bands from across the country, but honed in on Minneapolis and Wisconsin talent, especially. Here are highlights for the weekend, ahead, from the latter, and the six degrees of separation that marks their distinction. In turn, mark these down on your Eaux Claires app, field guide or just make a point to catch them the next time they play a show in your own backyard.

Hiss Golden Messenger was just in Milwaukee in April and put on a solid set of sinewy and heartfelt blues-infused folk. Taylor’s vocals can go from gentle croon to gospel shout in a heartbeat. HGM’s (and frontman M.C. Taylor’s) collaborators are many on both record and live performance, and most recently, live performances have included the brothers Phil and Brad Cook (Eau Claire natives) on guitar, keys and bass, respectively.

Field Report‘s Christopher Porterfield is originally from Minnesota, yet moved towards Eau Claire (to attend the University of Eau Claire), eventually landing in Milwaukee. From his time in Eau Claire, Porterfield played music with and grew close to Vernon and it’s safe to say the two musicians have influenced each other’s work since their time apart. Field Report’s recent second album, Marigolden, is just as poignantly beautiful as the band’s self-titled debut and the atmospherics of the songs played live are dynamic and haunting.

Jon Mueller’s Initiation will be a world premiere for the Milwaukee musician.  From Eaux Claires Festival: “INITIATION is the new record from Jon Mueller. Written and recorded over the winter months of 2014, using four bass drums, voice, and bells, the compositions reference ritual, trance and origins of music at a hypnotic and rhythmic bpm. This record, however, is not available on an LP, CD, DVD, or even digital format. Instead, the recorded compositions will only be presented during venue-based events incorporating projected video (Chris Hefner) and live dance (Dawn Springer). In essence, each performance venue becomes a discreet, non-reproducible media format. INITIATION is intended as an exclusive live experience; a new way of living inside a record.” Go see the mystery for yourself.

Grandma Sparrow and the world in which he resides (along with a rotating cast of characters) is zany, magical and musically complex, calling to mind an orchestra pit filled with schooled jazz musicians who can score a live film slap-dashedly. Costumes, accents and the stories that move these along make Grandma Sparrow something not to be missed. Eau Claire native Joe Westerlund might have been once known for his drumming skills in the “freak-folk” trio, Megafaun (along with Phil and Brad Cook), but it’s no doubt he’ll be stamping his musical career more indelibly with the wild, careening of the fun and talented Grandma Sparrow.

Saturday, July 18th
national acts to catch: Haley Bonar, Indigo Girls, Charles Bradley, Polica, Sufjan Stevens, Melt Banana, Retribution Gospel Choir
Phil Cook and his Feat are straight-up southern, steeped in gospel, foot-thumps and handclaps with enough twang and ambling qualities to keep things lighthearted. Cook takes his skills on keys (from his days in Megafaun) and picks up on guitar to send scorchingly gentle and soulful messages with the help of some sweet steel.

Bon Iver is the band that has fans wondering if this will be their last (hometown) hurrah or if this is the start of the next big thing for the Eau Claire-based, Vernon-fronted outfit. Go to get the clues.

S. Carey is a longtime Bon Iver collaborator who has more often than not stepped into his own limelight through his talent on the piano, serene vocals and penchant for jazz-y undertones. Carey’s love of nature and the peaceful life come across on his recordings and in his live performances. He’s also been known to throw a crooner by Chet Baker into the mix, too, so catch him for the sheer magic of witnessing that.

Colin Stetson is from Ann Arbor by way of Canada, but the baritone saxophone player  (among other instruments) has been in Bon Iver’s pack (for the last album) and has visited Wisconsin several times in the interim from that time and now. Catch Stetson for his prowess on his instrument, to try to discern how one does that circular breathing thing and to say that you saw the guy who played and recorded with everyone from Bon Iver to Jolie Holland to Feist, to Arcade Fire to Timber Timbre, Tom Waits and TV On the Radio, etc. etc. etc.

Aero Flynn is Josh Scott’s long-awaited and incubated project since his days in Eau Claire’s Amateur Love. Scott, reinvigorated to play again as Aero Flynn, has crafted a deliciously moody and lovely album, with layers that envelope like Radiohead and lyrics that read into and over the top of his own life’s mysteries.

Phox Baraboo, Wisconsin (and Madison, too), band Phox, first made a name for themselves as a quirky small-town band who lived and recorded in their own house, together, pulled together and polished by the soulful chops of front woman and singer, Monica Martin. Now, although a bit of the quirk remains, the band has more than proven themselves as  serious and talented musicians with charisma and an ability to turn a heartbreakingly sweet and teary-eyed moment into a laughable one.

Sylvan Esso‘s Wisconsin claim to fame is one Nick Sanborn who was a longtime Milwaukee musician (Decibully, Made of Oak) and touring musician (Headlights, Megafaun). Sanborn met Amelia Meath (then, of Mountain Man) at a Mountain Man + Made of Oak co-show at Milwaukee’s Cactus Club and the rest was history. Glitchy, pop-y beats were paired with an intriguing vocalist whose background in folk music was just as storied as her background in pop (backup singer for Feist!) — a match made in heaven right here in Milwaukee. Catch the magic-making in action this weekend.

Chris Rosenau is a guitarist. A fine one at that, too. Rosenau’s time spent in various Milwaukee-based projects (Pele and Collections of Colonies of Bees being the two biggest contenders) has honed his skills to where when he is a one-man show, it takes that singling himself out to bring to light and truly show his amazing guitar writing and playing. Rosenau’s use of pedals and the power of those layers move his songs along to tell stories that bend and sway alluringly.