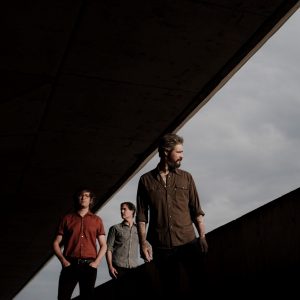 Tune into Squid Inc. on WMSE as Sid talks with guitarist/vocalist of Canadian rock band, METZ. The band just released a new, live LP to Sub Pop Records and are touring behind it, making a stop in Milwaukee to play at the Back Room at Colectivo on Thursday, December 2nd with Preoccupations.

Long considered one of the planet’s most bombastic live acts and foremost purveyors of abrasive melodicism, METZ have spent the majority of their 11 year tenure criss-crossing the globe and bringing their unparalleled energy directly to the people. The release of their stunning new LP, Atlas Vending, saw the band pushing into new sonic territory while retaining their trademark aural maelstrom. Forced to adapt to a world without live performance and touring, METZ were determined to connect with their fans and create a live experience as dynamic as Atlas Vending within the confines and challenges of the pandemic.

On October 15th, 2020 METZ took to the stage at the Opera House in Toronto, a hometown favorite independent venue, to livestream a performance of Atlas Vending in its entirety. They enlisted long-time video collaborator Scott Cudmore to direct the concert film and Graham Walsh and Seth Manchester to oversee the recording and mixing, respectively. METZ: Live at the Opera House, delivers a raw, powerful, incredibly loud auditory experience paired with a stunning visual concert film that grabs you, shakes you, and doesn’t let go until the final crushing blow and the feedback subsides.