interview: Raúl Malo of The Mavericks 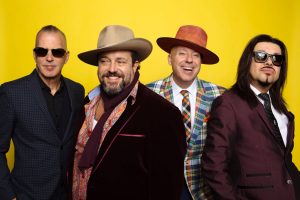 The Mavericks are true American originals, heirs to the great songwriting traditions of Cuba and Miami, of Nashville and San Antonio and Memphis. Now, on their 30th anniversary as a band, they’re back to remind the world why they’re so good.

Although the band’s most-recent, 2020 release En Español’s 12 tracks are in Spanish, as the title suggests, the collection represents a diversity of musical styles and cultural traditions, from tender boleros to brassy mariachi to reimagined Afro-Cuban classics. Seven of the tunes are familiar gems drawn from the vast Latin American songbook, while five are originals written or co-written by band leader, Raúl Malo .

Like the band’s entire body of music, this one album cannot be boxed into a single category. The songs are as diverse as Latin America itself, and as cohesive as the ideal of the American melting pot. To season this rich musical paella, The Mavericks add their signature country/rock/Tex-Mex flavors and a refreshing spontaneity to the mix.