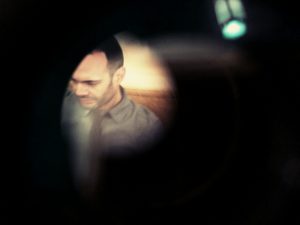 Todd Umhoefer has been performing and recording under the name Old Earth for over a decade.

After hundreds of performances across the country and including a tour of the UK, Old Earth has worked with dozens of collaborators and has published over eight hours of music since the project’s initiation. Old Earth’s final album of the will be released on September 4th, ten years to the day after the first…

Old Earth has made a name for himself with his poetic style of lyricism paired with a network of rhythmically- interlacing guitar loops and Friday, September 6th will see him performing his final show at Linneman’s.

Tune into WMSE’s Local/Live on Tuesday, August 27th to help bid farewell to Milwaukee project Old Earth before that final show. WMSE.org to stream live or in the archives or simply tune your radio to 91.7 FM at the 6 o’clock hour.