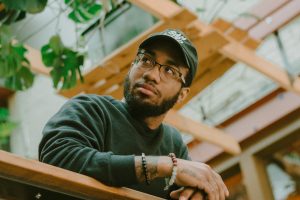 Genesis Renji is an Emmy-nominated hip hop artist based out of Milwaukee. Born in Bethesda, MD, Renji started rapping at 12 years-old after his cousin Pierre introduced him to rap music. Freestyles with his brothers and cousin was something he did to fit in. This search for acceptance turned into a passion for performances in middle school and later, spoken word slams in high school.

Renji recently released his new album ‘KEEFE‘ and will officially release it on November 16th with an album release show.