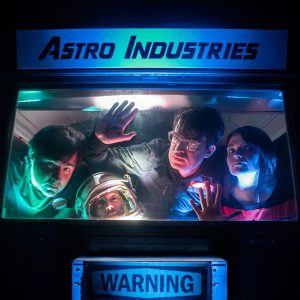 As part of the surf revival movement of the early ’90s, Man or Astro-man? specializes in a slightly different variation on the genre, self-described as space-age surf. Formed in 1992, the quartet originally consisted of members who went by such off the wall aliases as Birdstuff, Star Crunch, Dr. Delecto & his Invisible Vaportron and Electronic Monkey Wizard. Man or Astro-Man combined the classic surf sounds of the ’60s along with the quirky humor and approach of groundbreaking groups like Devo.

Catch their one-of-a-kind, over-the-top, sensory overloaded show when they crash land into The Back Room this February!