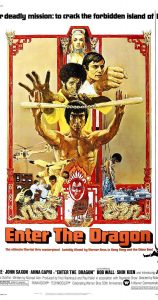 I have a B-movie club with some friends called the Brew City Psychotronic Society. If you are into similar flicks, then you certainly know where the name comes from: the late, great Psychotronic Magazine, which boldly saluted trash and fringe cinema old and new for more than 20 years, putting out two highly influential guides in the process.

In fact, reading about B-movies and their stars is sometimes A LOT more fun than watching the actual movies (our Society slogan: “Bad movies and good beer.”) Regardless, I’m a huge fan of all sorts of movies and love learning about their back stories and their directors, actors, writers and more.

And B-movies frequently have the wildest tales about their origins and casts. One of the most famous examples is Roger Corman’s The Terror, a movie starring Boris Karloff and Jack Nicholson and directed by Corman, Nicholson, Francis Ford Coppola, Monte Hellman, Jack Hill and others that was “largely made up on the spot” right after the filming of Corman’s The Raven adaptation, as detailed in Beverly Gray’s unauthorized Corman biography. Gray goes on to describe how in 1991 (28 years after it was originally filmed) Corman filmed 12 new minutes of footage for The Terror with actor Dick Miller, a celebrated character actor and frequent Corman co-conspirator, to keep the movie out of the public domain.

This all brings me to my main point. WMSE is allowing me to write posts about its popular Friday Night Freak Show, held monthly at the Times Cinema, and always capably preceded, of course, by sets from WMSE DJ’s. My goal is to simply provide a few facts/tidbits/what-have-yas about the monthly featured flick that will perhaps give you additional context to enjoy the films even more.

This month’s selection, the movie that made martial arts an international sensation, Enter the Dragon, is a fantastic starting point. Of course, it starred Bruce Lee, who died tragically at only 32 (on July 20, 1973 – also my birthdate [say “spooky” aloud]) mere weeks before the movie’s release. Enter the Dragon, which cost an estimated $850,000 to make and made $90,000,000 worldwide transformed Lee into a legend, which, of course always brings out people who want to exploit the legend for their own gain. In Lee’s case, his legend directly inspired its own subgenre of B-movies, Bruceploitation, often wonderfully awful and starring guys with names like Bruce Li, Bruce Le and Bruce Thai. I’ll tell you about one of my favorite Bruceploitation movies and more about Enter the Dragon below:

‘Enter the Dragon’ is part of WMSE’s Friday Night Freak Show series on Friday, Sept. 14, at the Times Cinema, 5906 W. Vliet Street, Milwaukee. Dr. Fell spins at 8 p.m, and the movie starts at 9.