Keeping It Real at Eaux Claires 2016 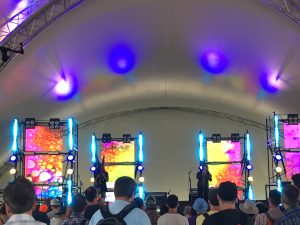 It hasn’t been very long since the last note rang out at Foster Farms in Eau Claire, Wisconsin, home to the second annual Eaux Claires music festival, yet to the many festival attendees, it’s still a vivid, woodsy + sonic memory. While the weather was questionable the first evening, the lineup for the festival that night (and the next) was anything but. It provided – in the confines of a smaller festival- a diverse and constant stream of great music and art to settle the senses; from scorching Javanese metal band, Senyawa to the modern chamber music of yMusic, the flawless rapping of Vince Staples and the rainily beautiful chill of James Blake, there was more than any music lover could possibly see all of. In fact, the only complaint might be that many things seemed to line up at the exact same time on different stages (a pretty great problem to have).

Within the past day, several praise-heavy reviews of the festival have cropped up, including best-of lists and close examinations of Bon Iver’s forthcoming album [22, A Million] set. Among those, one of our Local/Live cohosts, WMSE DJ Cal Roach, turned in a review via Milwaukee Record (which you can read here), but we’ll simply stick to a couple viewpoints shared graciously by participating musicians, William Tyler and Sam Amidon… 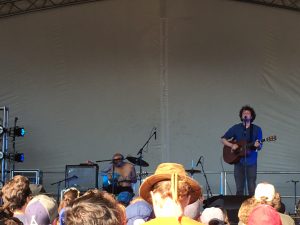 “It’s such a beautiful festival because Justin [Vernon] is such a big-hearted person,” remarked folk musician, Sam Amidon, who was a big part of this year’s festival, leading a 20-person “guitarkestra”, in addition to playing a solo set and joining Vernon onstage for a song during Bon Iver’s premiere for “00000 Million” (the song he and his guitarkestra previewed throughout the festival). “He genuinely is; he’s not putting that on, it’s real,” Amidon emphasized. “So much so, that it infects the musicians. Everyone working the festival is just working on keeping it something that’s still special and it’s very much following the whim of what people are excited to hear, as opposed to who just ‘has an album’.”

Amidon’s part in the festival was very much intertwined with keeping it ‘real’, directing a big undertaking in that guitarkestra. Although Amidon has worked with some of the best of the best [Nels Cline, Bill Frisell Nico Muhly, etc.], his experience at Eaux Claires was still a uniquely fun challenge, even a bit familiar. “Last year, we did this as an a cappella thing, but Justin really had this vision of doing it this time with twenty national-strung guitars,” he explained. “There’s a guitar tuning called national tuning, where it’s the same tuning as a normal guitar, but it’s in very weird octaves — it’s much higher. So…we got the twenty guitars lent for the weekend and then Justin rounded up all these musicians from the community  and the idea was for us to go around the grounds, teaching this Bon Iver song and it was so fun. The members of the guitarkestra were so great — they were just so committed to learning the song and that was beautiful.” Some of the musicians in that Wisconsin-based guitarkestra included members of Phox, We Are the Willows, Hello Death, Paper Holland and solo musicians like Mark Waldoch, Jeff White and J.E. Sunde. 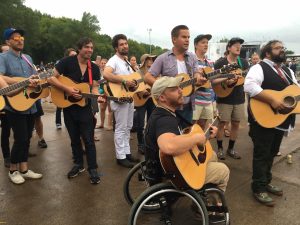 “That was something that was very familiar to me growing up, because my parents have also done community music-making with people who are non-professional musician,” Amidon said, “choirs and instrument lessons and stuff; the idea that music is something that everyone does. I was very familiar with that. But for me, now, it’s a little less common, because it’s a world where there’s the band on the stage and the people in the audience. It’s beautiful that Justin wanted to break that down and do that.” 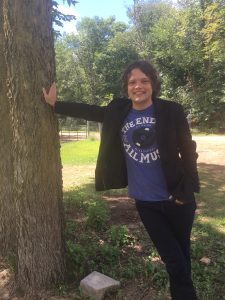 Guitarist William Tyler [who has spent time in the Silver Jews and Lambchop and newest solo album Modern Country was recently released on Merge Records], also spoke highly of his experience at Eaux Claires. “I love these kinds of festivals; these are the ones that mean the most,” Tyler said. “Things like this and Pickathon, Solid Sound (the one that Wilco does)…you can really tell they were done by people who care about the music and the aesthetics. This is probably about as big as you can make a festival and still keep it tasteful.

“Festival culture, the way it’s come back in the last ten years, is one of the most hopeful things that’s happened to the music industry in the past ten years,” he continued. “To me, it feels like what it must have felt like in the 60s and 70s, when it was wide open and wild and when you could be seen [as an independent artist]. I’m not big, but I can hang out backstage with so many musicians and everyone is making connections. Even just seeing my name next to Vince Staples? That’s fine [laughs].”

Mississippi-raised Tyler’s own recent musical output seems appropriately to echo the founding spirit of Eaux Claires, put together by Vernon to not only round up some of his favorite musicians, but to pay homage to his home state and to Eau Claire, which he has championed time and again.Tyler reflected on his own release, making a resonating point, “Modern Country [is] kind of about vanishing small towns and about rural America, but it’s not necessarily dark. It’s pretty redemptive. I’m interested in history, and so that always influences what I would say I write about, but it’s a stretch to say these songs are about these things; they’re more just talking points of things that are supposed to be evocative. A lot of it is about travel. It’s kind of what I experience; a sense of place in a very passing way. If you’re going through somewhere, like rural Wisconsin or wherever, you don’t get the sense of place you would if you lived there,” Tyler explained. 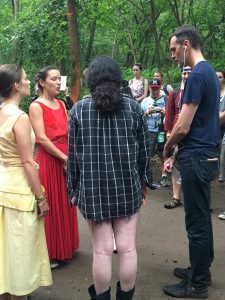 “I think [staying close to your roots] can keep you from changing. But having said that, I’ve lived in Nashville for almost my entire life as well, but I’ve always toured a lot and traveled a lot, but there’s definitely something limiting about staying in your hometown; I’ve talked to people about it all the time. I met all these guys [Vernon, Nicholas Sanborn, etc.] through Megafaun and Brad and Phil [Cook], but they all had come from here to North Carolina. Obviously, Justin went back. But, it’s weird…I guess you do get a little locked into a thing. But, I think the older people get, they tend to go back to where they’re from. It’s almost like an evolutionary instinct…”.

Whatever might be keeping Vernon close to his roots to create one of the most quickly-lauded music festivals, it has undeniably been built on a genuine love for this ‘sense of place’ that is Wisconsin, and it certainly doesn’t seem like that that love will fade anytime soon. His inclusion of Wisconsin-based artists for performances on the big stages alongside national acts and pop-up shows in the woods felt natural and was rarely questioned.  Jon Mueller and Mavis Staples played overlapping time slots and Tyler was stressed on how to be able to catch both. Over the weekend, Pitchfork captured a quote from Phil Cook, one of those Eau Claire-x-North Carolina musicians Tyler mentioned and it seems to be an echo of that investment, “If you are not from this place, welcome to our home and if you are from this place? Welcome everybody to our home.” Eaux Claires, for two years running, not only capably welcomed their creative Midwestern peers, but welcomed everyone — even with the ‘atypical’ curation — creating a memorable, exclusive/inclusive experience.