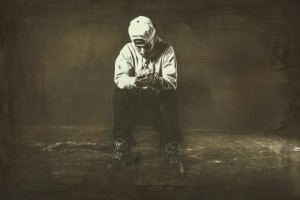 M-Nat is a rapper/songwriter from Milwaukee, Wisconsin. Nat’s earliest musical experiences consisted of him playing instruments such as the trumpet and violin. Son of two Indian immigrants and socially reserved, Nat always had difficulties assimilating and fitting in at school. His parents operated a small convenience store in the inner city of Milwaukee and would often take Nat and his brother there while working 12-hour shifts. Nat witnessed many unique situations, both positive and negative, at the store and it had a profound impact on his early development.

Upon entering high school at the age of fourteen, Nat began experimenting with poetry and channeled his feelings through writing. He credits Tupac for helping him gain an appreciation and love for poetry and writing. Eventually, Nat began structuring his poetry into raps and slowly established himself as an MC. Nat’s lyrics touch on personal experiences, relationships, racism, and various social issues. Throughout his high school years, Nat faced heavy ridicule from other students for pursuing rap as a non-black artist. Nat continued to stay the course and released multiple mixtapes before graduating in 2006.

In 2012, after graduating from the University of Wisconsin, Nat began devoting more resources towards music and became more serious about becoming a full-time artist. Later that year he released his first full-length album DreamCity: The Patience. The album was met with great success and appreciation from fans and was featured on Shade45, HotNewHipHop’s HeatSeekers Competition and numerous publications and blogs. The song “Be Patient” was the most successful single from the project and landed Nat on Sirius Satellite Radio’s Shade45.

In 2014, Nat released his follow up album The Rise which features 19 songs and has been met with an overwhelmingly positive response from fans. In addition to The Rise, Nat launched his Most Respected Least Expected (M.R.L.E) clothing line—which also serves as his official merchandise brand. Nat has insisted that he plans to continue making music for the foreseeable future. “I work everyday to be the best MC I can be. I just want to be the voice of my generation—someone you can relate to because of the struggles and challenges I’ve had to overcome. That’s why I like to call myself the “Most Respected, Least Expected”. I’ll always be the underdog.”