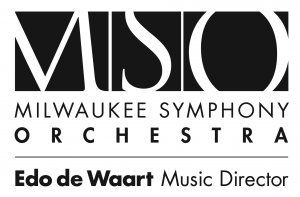 Beginning Sunday, Oct. 2 at 3 p.m., WMSE will broadcast the Milwaukee Symphony Orchestra’s 2016 season. “WMSE has become the home of the MSO, one of the greatest symphonies in the country and possibly the world, and we couldn’t be prouder to maintain this invaluable relationship,” stated Station Manager Tom Crawford.

Under the dynamic leadership of Music Director Edo de Waart, MSO is among the finest orchestras in the nation. Now in his eighth and final season with MSO, Maestro De Waart has led sold-out concerts, elicited critical acclaim, and conducted a celebrated performance at Carnegie Hall on May 11, 2012. The MSO’s full-time professional musicians perform over 135 classic, pops, family, education, and community concerts each season in venues throughout the state.

You can view the entire schedule here.

“Anti-established” in 1981, WMSE 91.7 FM – Frontier Radio has grown into Milwaukee’s truest and longest standing music radio institution. Owned and operated by Milwaukee School of Engineering (MSOE), WMSE – with a 24 hour free-form format representing every musical genre in one form or another – has been primarily funded by listening supporters and community partners since 1997, genuinely earning the station the motto Community-Powered Independent Radio. Founded upon the principle of educating the listening community by providing a wide selection of musical programming not heard anywhere else in the market, WMSE has been Milwaukee’s clear leader in supporting the city’s diverse community of musicians and artists.