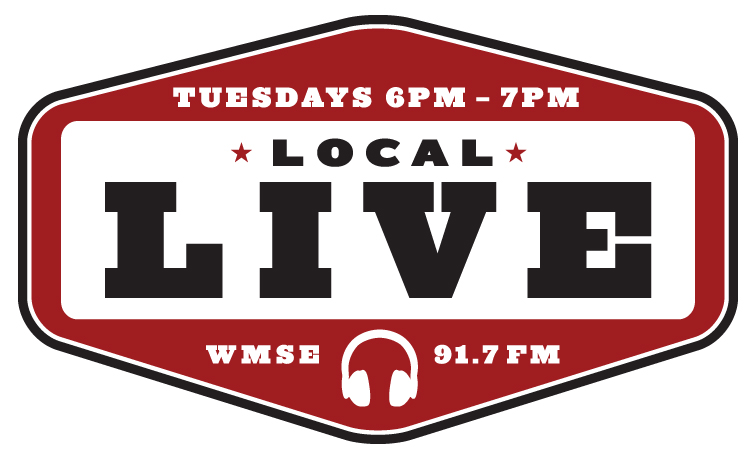 Supporting and giving voice to the entirety of Milwaukee-area music has been a central part of WMSE’s missions since even before the station became WMSE on March 17, 1981, when the station was WSOE and Jules, Host and Mars were just pups cobbling together a small, college radio station that barely reached off campus. Then, in February of 2005, we started broadcasting Local/Live every Tuesday night at 8pm. A half-hour program, Local/Live was another way, an important way, to dig deep into the music scene and it allowed Milwaukee to hear live performances from metal, hip-hop, indie rock, jazz, blues and every other kind of Milwaukee band that existed. The year is now 2013, and this is when we give even more time, care and voice to Milwaukee music.

Starting tonight, Local/Live will be expanded to one full hour during prime-time radio hours between 6pm and 7pm, and will be co-hosted by two people deeply connect to Milwaukee music, WMSE Music Director, Erin Wolf and long-time Milwaukee music writer, Cal Roach. Cal and Erin will collaborate to book, curate, feature and converse with bands primarily from the Milwaukee area (all from Wisconsin) with the intent to feature new, up-and-coming musicians alongside seasoned veterans.

Lastly, the one aspect of Local/Live that fully remains is the man behind the board – Billy Cicerelli. Billy is a master at quickly setting up and capturing a band live. We’re lucky to have him.

Tune in tonight for the new, expanded Local/Live.