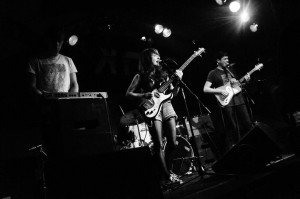 What: a show with Thomas Function (Alabama), Sticks ‘n Stones (MKE), Uh-Oh(MKE), the Get Drunk DJ’s

Why: to catch two of the most talented international/national bands in modern garage rock.

To catch two of Milwaukee’s most energetic acts.

Because Yussuf Jerusalem just played at Glenn Danzig’s house in Nashville last month — what could be cooler than that for a band whose main influence is Black Sabbath?

Listen to “With You In Mind” from Yussuf Jerusalem, here.