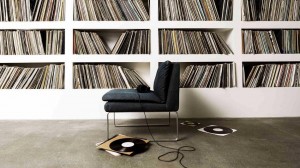 WMSE DJ Scott Lucey (Wednesdays, 6 a.m. – 9 a.m.) said this, “‘If you put a shotgun to Scott Lucey’s head and told him to give you his freshest music, it’d go like this’.” So, in a nutshell, that’s what this is. Maybe you’ll find some new favorites (can’t deny the awesome weirdness of Slaraffenland!)? Read up.

Le Loup: Family.  Washington DC – as if animal collective was more so in an echoing room, but still folky, with a minor interest in the surreal.

Flight of the Conchords: Told You I Was Freaky. Sure, Flight of the Conchords are dorks, and some might not classify them as real musicians, but I get laughs and am able to gyrate/bob head at the same time. For me that’s great.  If you haven’t seen the show, look them up online, YouTube, etc…

Rain Machine : S/T.  Kyp Malone from TV on the Radio has a solo project.  Worth looking into.

Miike Snow: S/T.  Gothenburg, Sweden .Independent pop always has a nice electronic influence, Miike Snow has crafted it well enough to be its own.  I like.

Slaraffenland : We’re on Your Side.  Five folks from Copenhagen, Denmark have really tuned their vocals.  When I listen I think Kings of Convenience meets Fleet Foxes – but again, they’ve crafted it to be their own.

Discovery: LP.  This is about as disco as I get, but what keeps me is the amount of electronic influence that allows time to span within vocals.  Sure, there might be some cheese in there, but happiness is cheesy, according to some.  There’s a great cover of “I Want You Back” (‘Oh baby give me one more chance’…Jackson Five).

About Scott Lucey:  WMSE DJ Scott Lucey spins tunes over the radio airwaves every Wednesday from 6 a.m. – 9 a.m. on the No Show Name Show. When Lucey isn’t playing some of the new and best in alternative and electronic music, he’s busy being a coffee-master at Alterra.