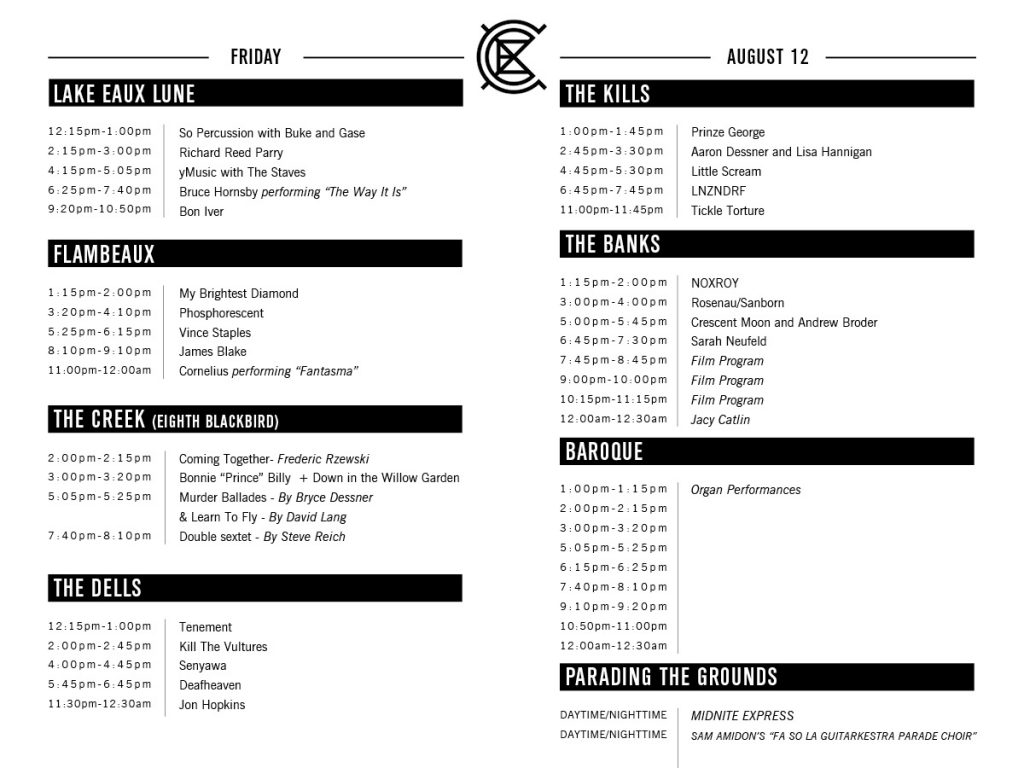 “Our mission for Eaux Claires is to create a deeply meaningful experience of togetherness and expression. We feel like everyone, whether interested in the fashion of popularized music or not, will be entertained, moved, and surprised by our festival.  The inaugural edition proved that Eaux Claires can inspire and generate power beyond just the big names. We believe that every single artist will bring an equal amount of importance and uniqueness to the culture we’ve created. We’re excited to grow in that spirit and push ourselves forward every year, to grow with our audience and celebrate art in all of its forms.”

Whether you went last year or not, if you’re from Wisconsin, surely you heard the positive reviews of last year’s inaugural Eaux Claires Festival (including our own). The festival, dreamed up and put together by Eau Claire, Wisconsin native Justin Vernon [Bon Iver, Shouting Matches, DeYarmond Edison] and The National’s Aaron Dessner, capably presented local and national artists side by side, art exhibits that captivated the imagination and created an air of camaraderie amongst the festival attendees, even with a stormy and damp first night.

This year, the locals are in full force once again: Chris Rosenau of Volcano Choir and Collections of Colonies of Bees, will collaborate with Nick Sanborn of Made of Oak and Sylvan Esso (and the duo treated Milwaukee to an intimate, preliminary performance this past Wednesday night at Milwaukee’s ACME Records). Appleton’s Tenement will bring a punkier edge to the festival grounds that will be sure to open more eyes to their excellent live sets and Milwaukee x Madison’s Jon Mueller and Tom Wincek (also in Volcano Choir) will also be presenting their separate projects; Mueller, just off of a tour with Sumac [Thrill Jockey Records] and a new release [Tongues], should be in fine, hard-hitting form, per usual. Wincek, when outside of his Volcano Choir environs (and Field Report as well), dishes out a mesmerizing palette of soundscapes and should provide a captivating set for this year’s festival. 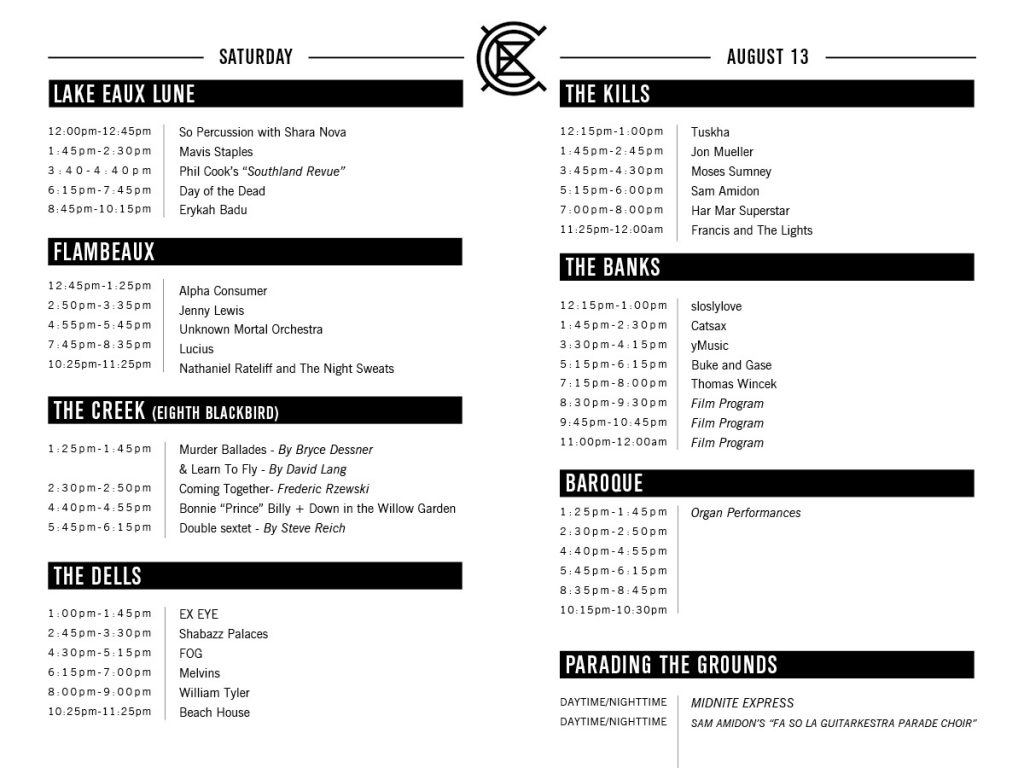 Adding another layer of local, the festival throws in locals-gone-national: Bon Iver, itself [premiering an all-new set of material tonight at the Lake Eaux Lune stage], Phil Cook, Tuskha, S. Carey (popping in for a secret, “popup”, woods performance) and several local guitarists performing in Sam Amidon’s guitar-chestra…it seems that Vernon’s home state is ably represented and that the nationals who are booked should not be surprised if their Wisconsin-bred counterparts receive a warmer and wilder reception that they, themselves might have grown accustomed to and taken for granted.

Nationals such as Mavis Staples, Shabazz Palaces, The Melvins and William Tyler all share close slots and it’s a testament to the festival organizers who puts its faith in folks; they know that the breed of music-lover that their hearts are after might just plunk themselves down to have a new genre experience simply because of the atmosphere and the energy (and the good tunes).

Are you attending Eaux Claires 2016? Share your photos with WMSE via Facebook and tag any local musicians you know and love…